Get Your FREE Sample of the First 4 Chapters of “The Satan Contract” Now. Click Here. 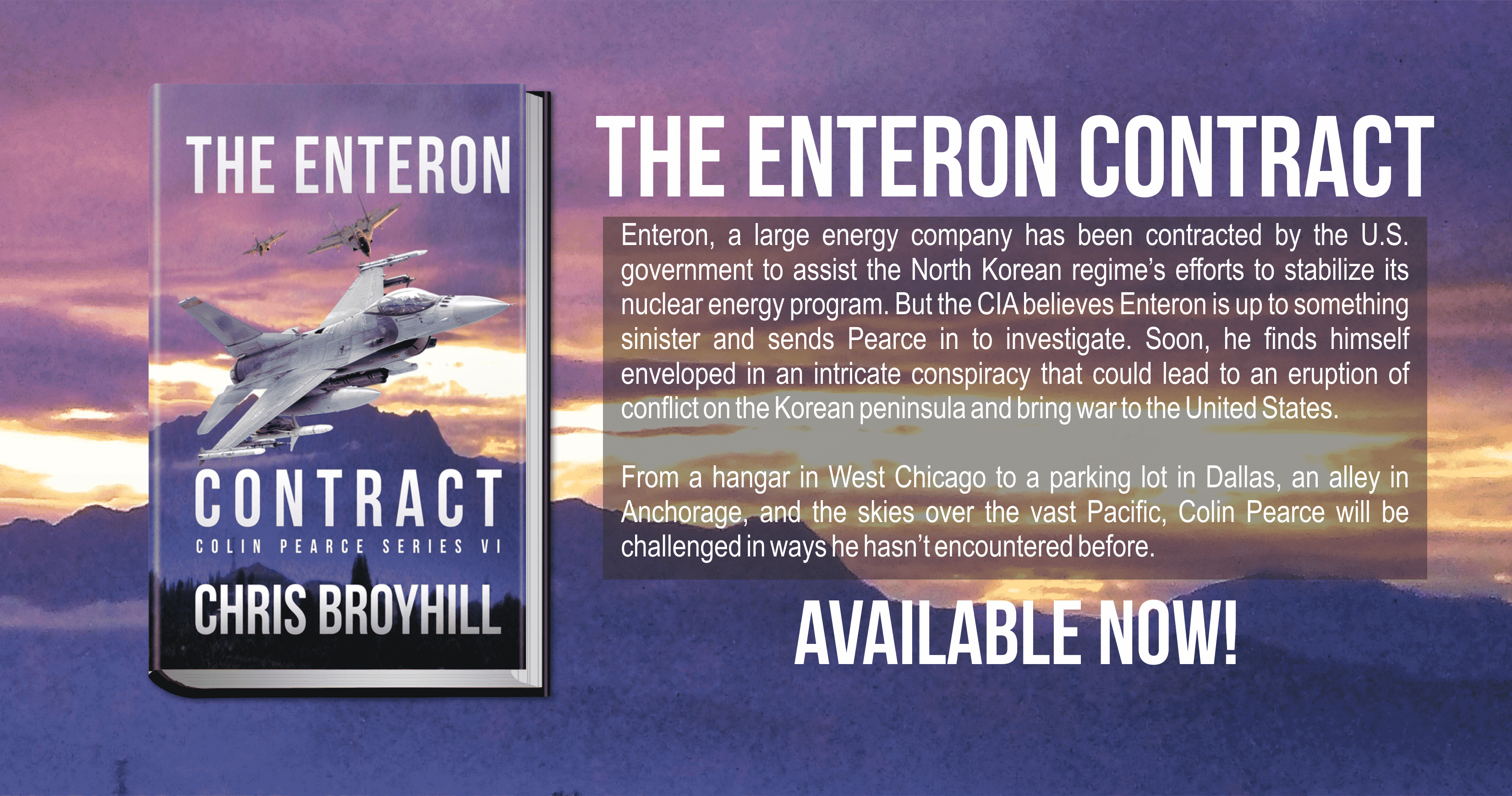 The Viper Contract is the first book in the Colin Pearce series. Several years after a bitter retirement from the Air Force, former fighter pilot Colin Pearce has found a second career: flying Gulfstream and Falcon business jets as a daily contractor. Between the constant travel and his extensive Single-Malt Scotch collection, he manages to keep the demons of has past where they belong. It’s a lucrative, solitary existence and that’s the way he likes it.

But then he takes a phone call while making a connection in the Atlanta airport and his life changes forever. (Learn More)

Still recovering from injuries gained in his last adventure, Colin Pearce is called back to action to help a friend in need: Sarah Morton, a former monthly mistress for Bachelor Magazine and now the Chief Pilot of the magazine’s flight department. Sarah Morton is one of the very few women from his past who managed to get under his skin and the last thing Pearce needs now is to have those feelings resurrected. But the tone of her voice and the urgency of her request tell Pearce this is about much more than mere contract flying – there’s something deeper going on – something that terrifies her. And Pearce is hooked. (Learn More)

This is the third book in the Colin Pearce series. Colin Pearce is back in action again! Recalled to active duty in the USAF, he’s been recruited to solve a murder and stop a plot to steal the USAF’s newest fighter while he tries to stay alive with a $10 million price tag on his head. (Learn More)

For the last year, an elusive assassin, code-named The Shadow, has evaded counter-intelligence and law enforcement agencies around the world.  During that time, 50 people have been killed with long-range, precisely-placed shots taken from the assassin’s .50 caliber rifle.  The CIA knows the assassin is using a private jet to travel between targets, so Pearce’s handlers call on his unique talents to help them get closer to the killer.  They send him to Paris, as a contract crew member on a Dassault Falcon 7X, and Pearce comes face to face with the deadly assassin, in a guise he never sees coming.. (Learn More)

For the last five years, Colin Pearce has been hiding from the CIA and hiding from himself. He’s been living under an assumed name in an isolated place, flying tourists in OV-10 aircraft, drinking single-malt whiskey, and avoiding companionship.

But all of that changes when a former CIA comrade shows up planeside at Pearce’s workplace – a woman he left for dead back during his time with the Agency.  On a flight over the scenic landscape of Sedona, Arizona she tells him she’s not there to recruit him, she’s there to warn him. It seems that Pearce’s boss, Ian Brooks, used to work for the CIA as well. Brooks was at the center of a project that was ultra-classified and involved technology that was deadly beyond imagination. And now, it seems he may have gone rogue.

After swearing that he would never get involved in another CIA operation, Pearce is drawn into a complex plot that has him working with new and familiar allies. He’ll risk his life against unexpected and ruthless enemies he thought were long vanquished and battle them at the controls of the mighty A-10 Warthog. And along the way, he’ll be forced to conquer the violent darkness inside himself or die in the attempt. (Learn More)

It was supposed to be a routine trip to Chicagoland for Colin Pearce. A long-awaited reunion with Sarah Morton, the woman he almost married, and the child they had together.

But upon his arrival in the western suburbs, Pearce learns that he is there for another, darker purpose. As part of an international goodwill effort, Enteron, a large energy company based in the area, has been contracted by the U.S. government to assist the North Korean regime’s efforts to stabilize its nuclear energy program. But the CIA believes Enteron is up to something more sinister and sends Pearce in to investigate. Soon, he finds himself enveloped in an intricate conspiracy that could lead to an eruption of conflict on the Korean peninsula and bring war to the United States.

From a hangar in West Chicago to a parking lot in Dallas, an alley in Anchorage, and the skies over the vast Pacific, Colin Pearce will be challenged in ways he hasn’t encountered before. He’ll will be called upon to fly the most dangerous mission of his life, trusting his life to a rogue North Korean general who is desperately trying to hold his country together. And to save the ones he loves, Pearce will have to reawaken the Darkness that lives inside of him and hope he can be savage enough to take down the ruthless enemies in his way. (Learn More)

Business Aviation Leadership - From the Traits to the Trenches

Business Aviation Leadership: From the Traits to the Trenches is a ground-breaking examination of business aviation leadership from an established leader and researcher in the industry. Using his 2019 research on the impact of leadership traits on personnel retention as an outline, Dr. Chris Broyhill illustrates those traits through the stories of over 50 industry leaders. He also provides some insight for leaders on each trait as well as personal reflections from his own experience.

“The combination of research and reality, of data and discussion, provides an unprecedented examination of the leadership in our industry and how it impacts the myriad issues that occur on a daily basis… Broyhill’s work is a worthwhile addition that will be added to my library and I highly recommend it for yours as well. While his book focuses on the unique environment of business aviation, it also shows that the art of leadership crosses many boundaries, and the concepts that underlie it are timeless.” 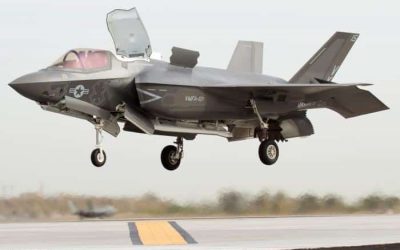 Creating international incidents was getting to be a habit for me these days.  After a low altitude refueling over the Gulf of Bothnia, I was racing across the...

END_OF_DOCUMENT_TOKEN_TO_BE_REPLACED 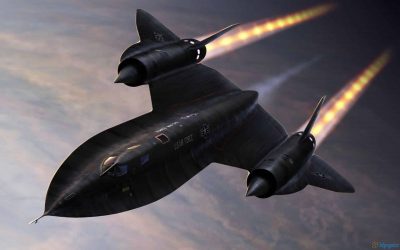 I recently regained contact with someone I flew with once, a very long time ago, and discovered that he is now something of a celebrity.  But more importantly, I discovered that he's also a fellow author.  And what he has written is very good indeed. Brian Shul is a...

END_OF_DOCUMENT_TOKEN_TO_BE_REPLACED 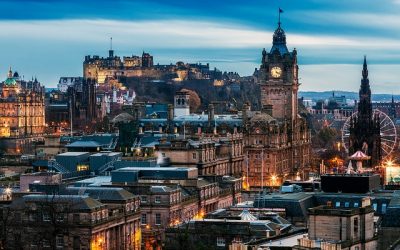 Everyone probably has a place in the world they'd like to visit before their life journey ends.  For me, that happened very recently when I traveled to Edinburgh, Scotland.  While I was only on the ground there for a few days, I had the opportunity to get a glimpse of...